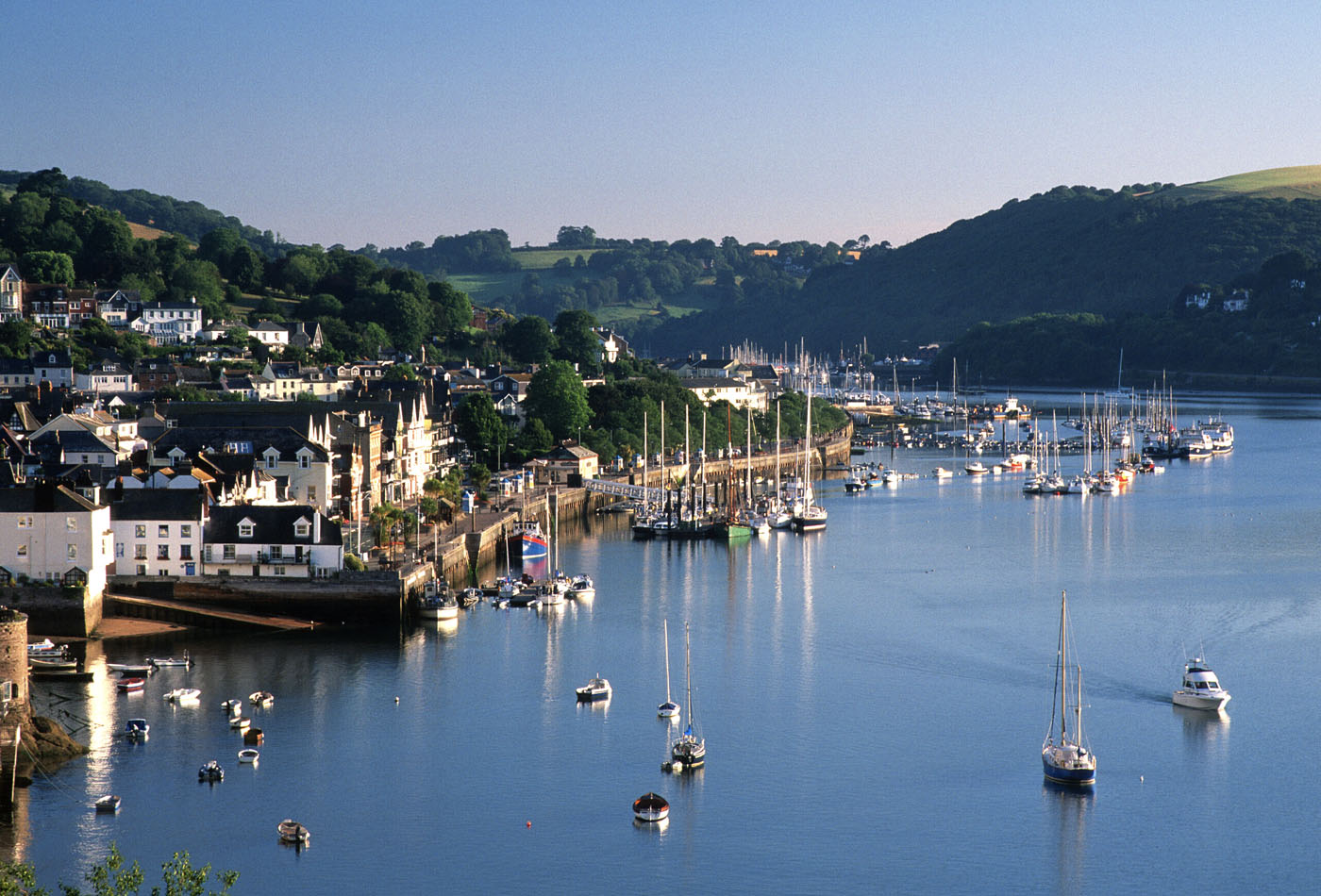 Dartmouth Shakespeare Week has become one of the most important annual cultural events in South Devon. With last years performance sadly cancelled due to Covid-19, this year is set to be bigger and better than ever! The Inn Theatre Company will be presenting the open-air production of The Comedy of Errors.

Whilst performances are usually set within the spectacular location of the historic Dartmouth Castle, this year is set to be a little different and the venue is yet to be announced. The Inn Theatre Company are acutely aware that naturally, many people will be cautious about being within too close proximity to others and as such, are looking to host this years event somewhere that allows the audience to spread out and remain in personal bubbles / family groups.

Full details will be announced as soon as they are confirmed, and all relevant information will appear on The Inn Theatre company website and Facebook page.

Dartmouth Shakespeare Week, where it began… 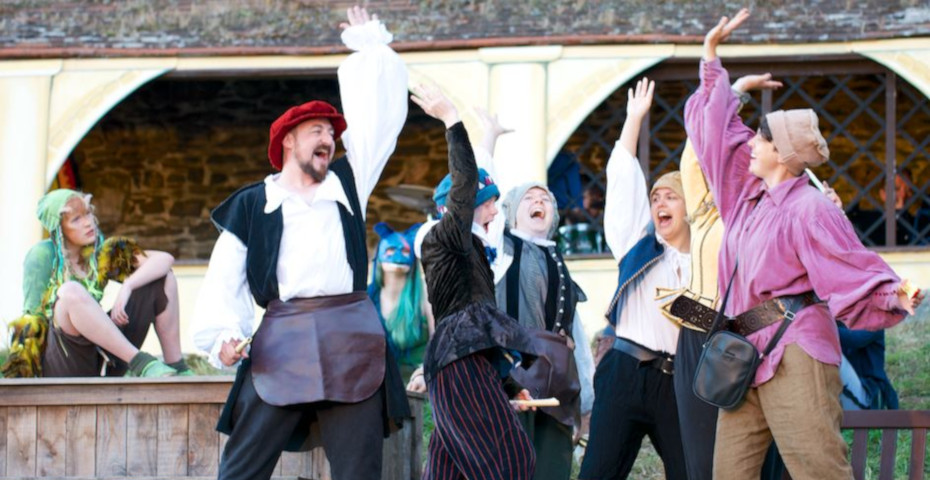 A group of friends thought it would be a great idea to put on an open-air Shakespearean production with Dartmouth Castle as the setting. Of course, one of the most important decisions that had to be made was, what would they call themselves? So, they ordered another round of drinks at the bar of The Cherub Inn in Dartmouth, and the rest is history.

Let’s begin with a quick overview of the past few Inn Theatre Company’s recent productions.

2015 The Merry Wives of Windsor, directed by Jill Brock 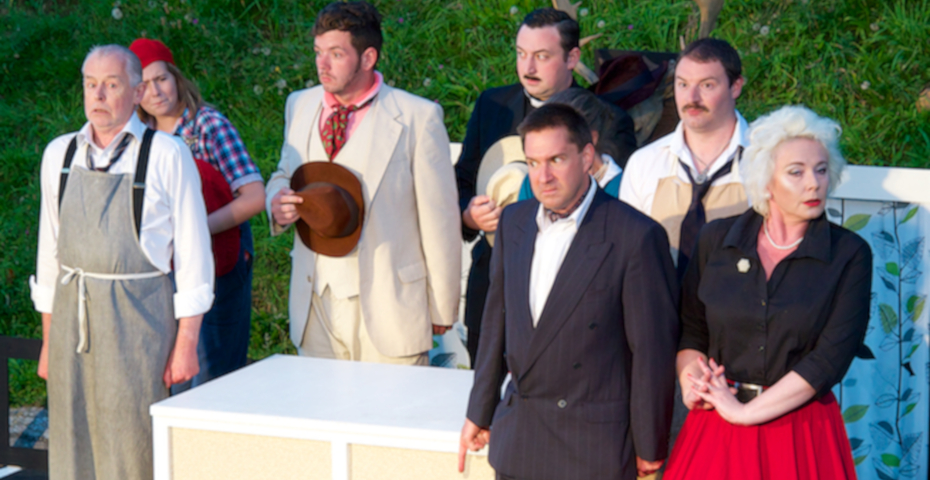 ‘The Merry Wives of Windsor’: Photograph by Keith Gould

For 2015’s Dartmouth Shakespeare Week, the Inn Theatre Company performed the Merry Wives of Windsor, which was ambitious for a couple of reasons: firstly, in the choice of play, which is one of Shakespeare’s lesser-known works, and, secondly, because of the ‘modernised’ (if that’s the right word) 1950s setting.

Still, director Jill Brock’s interpretation of what she called ‘Shakespeare’s sit-com’ delighted audiences with its anarchic energy and spirit. There were also sublime performances particularly from Gina Carter and Shaunagh Radcliffe as the titular Merry Wives, not to mention Max Brandt as the scheming Sir John Falstaff. 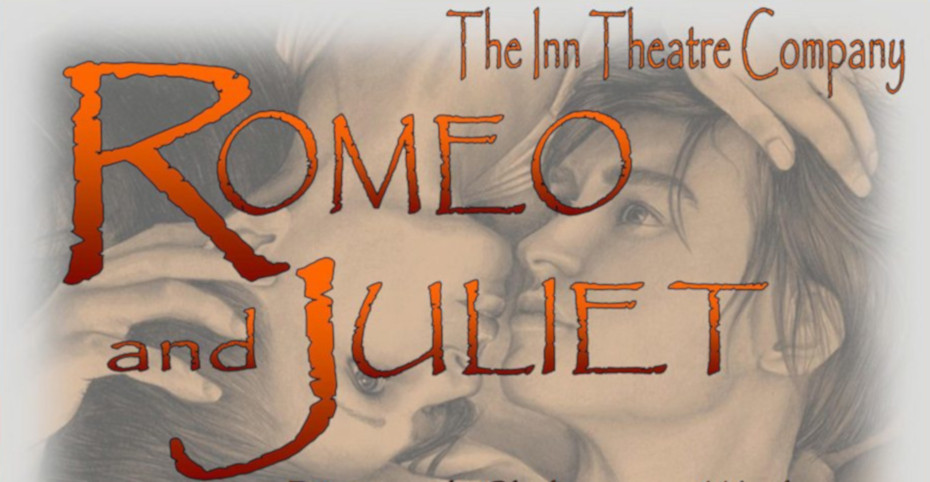 In 2016, the Inn Theatre Company went from one of Shakespeare’s most obscure works to arguably his best-loved of all. Romeo and Juliet, featuring a plethora of young actors new to the stage, was an ambitious but ultimately successful choice, playing to full audiences between 26th and 30th July.

Romeo and Juliet was directed by Jon Miles, who regular attendees will recognise from his performance in the titular role of King Lear at Dartmouth Shakespeare Week 2013. 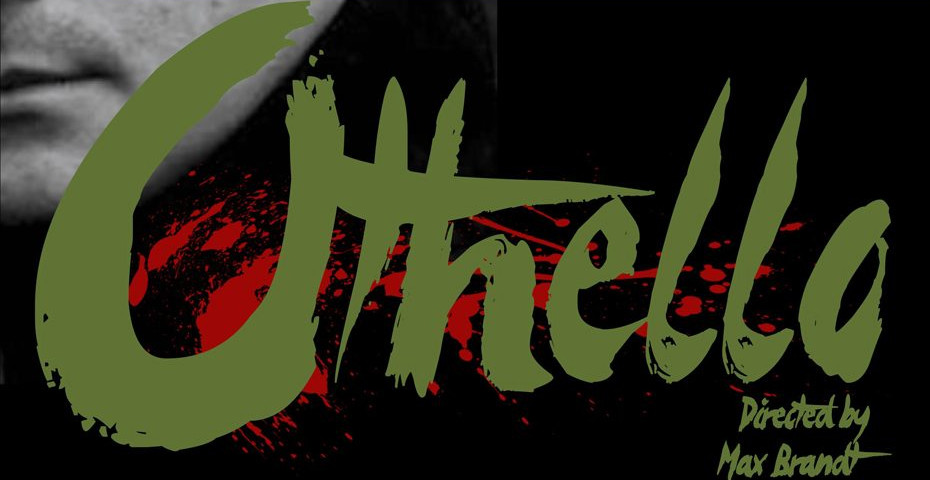 In 2017, the Inn Theatre Company performed Othello, directed by Max Brandt. The actors wove the intricate tale of the two central characters – Othello, the Moorish general and his unfaithful ensign, Lago. With its varied and enduring themes, the production wowed captivated audiences. 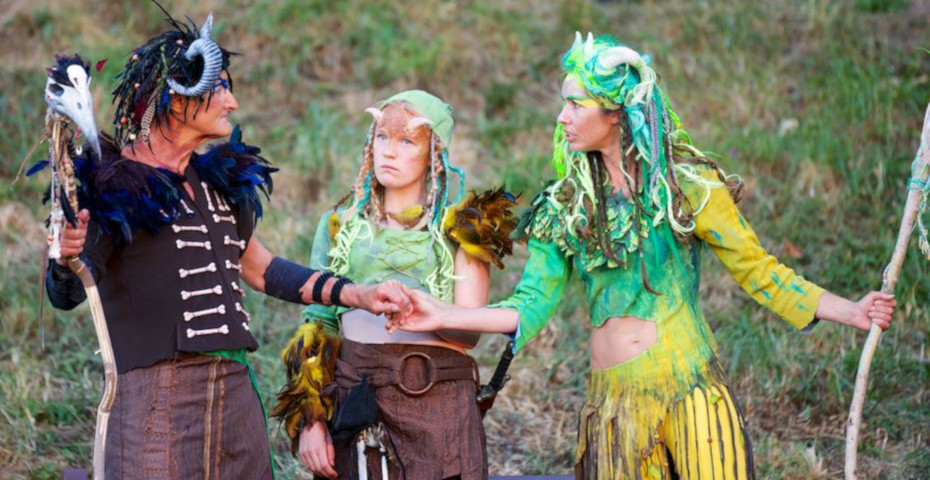 2018 saw the production of Shakespeare’s most popular comedy, A Midsummer Night’s Dream.  This fantastic fable, set in an enchanted forest with fairies, sparring lovers and a sprinkling of magic, was a hit with audiences of all ages.

Over the past few years, word of the ITC’s prowess at performing the Bard has spread, to the extent that invitations to tour regionally have begun to arrive in the group’s email inbox. To accommodate them, Theatre Hub, a professional offshoot of the ITC, was formed in 2015 and the two groups co-produced an early Summer tour of Twelfth Night in 2016, performing in the open air at Avon Mill Garden Centre (Loddiswell), Torre Abbey and Pecorama (near Seaton in east Devon).

Another indication of the esteem in which Dartmouth Shakespeare Week is held came in 2014, when Michael Corbidge, senior voice and text consultant to the Royal Shakespeare Company (RSC), agreed to become the group’s patron.

“I love this company. It’s a very established company. It has a massive feel for Shakespeare and a passion for it. I love open air work. Of course, [Dartmouth Castle] is a spellbinding setting on the cliff-side. You’ve got this beautiful backdrop of the water and the town behind. I think they’re really focused in their work and really clear about what they want. All of that bodes incredibly well.”

Having worked all over the world with amateur groups and professional performers from Bryn Terfel to Ralph Fiennes, Michael had little time for snobbery about ‘am-dram’:

“I come from an amateur world. I was an amateur actor. I am passionate about making theatre whether you’re amateur or professional. I see very little difference between amateur and professional theatre. Good work is good work, however you’re producing it.”

Why not time your South Devon holiday this year to coincide with Dartmouth Shakespeare Week? Explore our range of holiday cottages in and around Dartmouth here.

Can’t come to Dartmouth this July?  Take a look at what’s on in Dartmouth during the rest of the year.

I’ve had the privilege of living in the beautiful South West since 2010, and in my opinion there’s no better place in the worl... 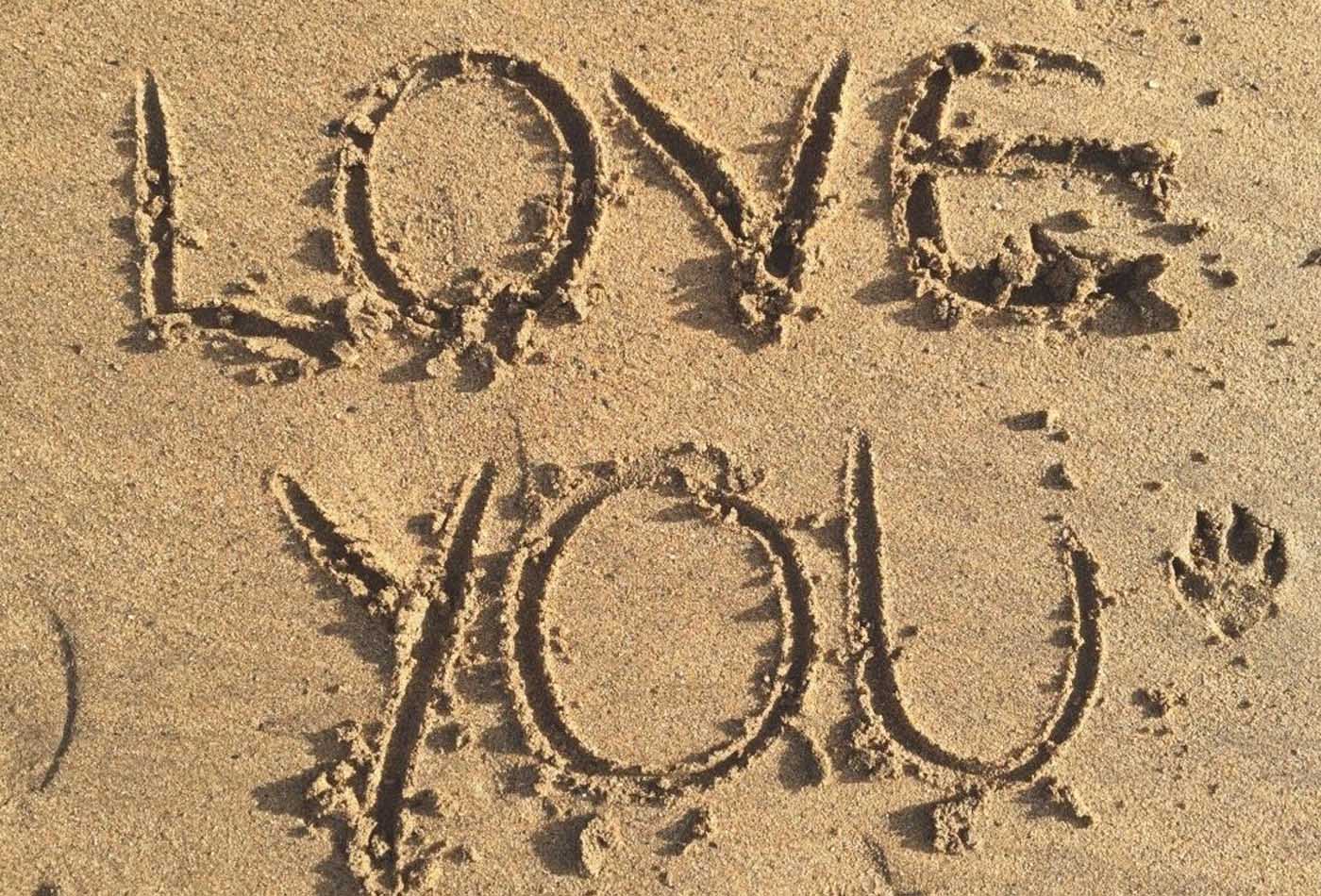 As the country continues to navigate the depths of Covid-19, there is no doubt that Valentine’s Day in South... 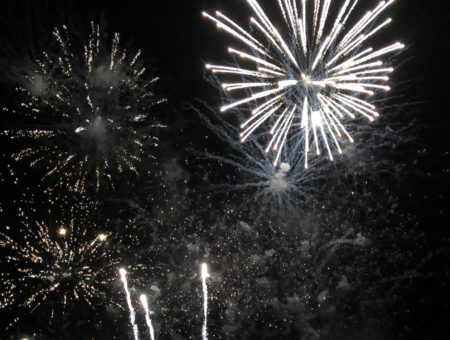 The countdown is on as we head towards the end of the year and fast approach 2021. The past... 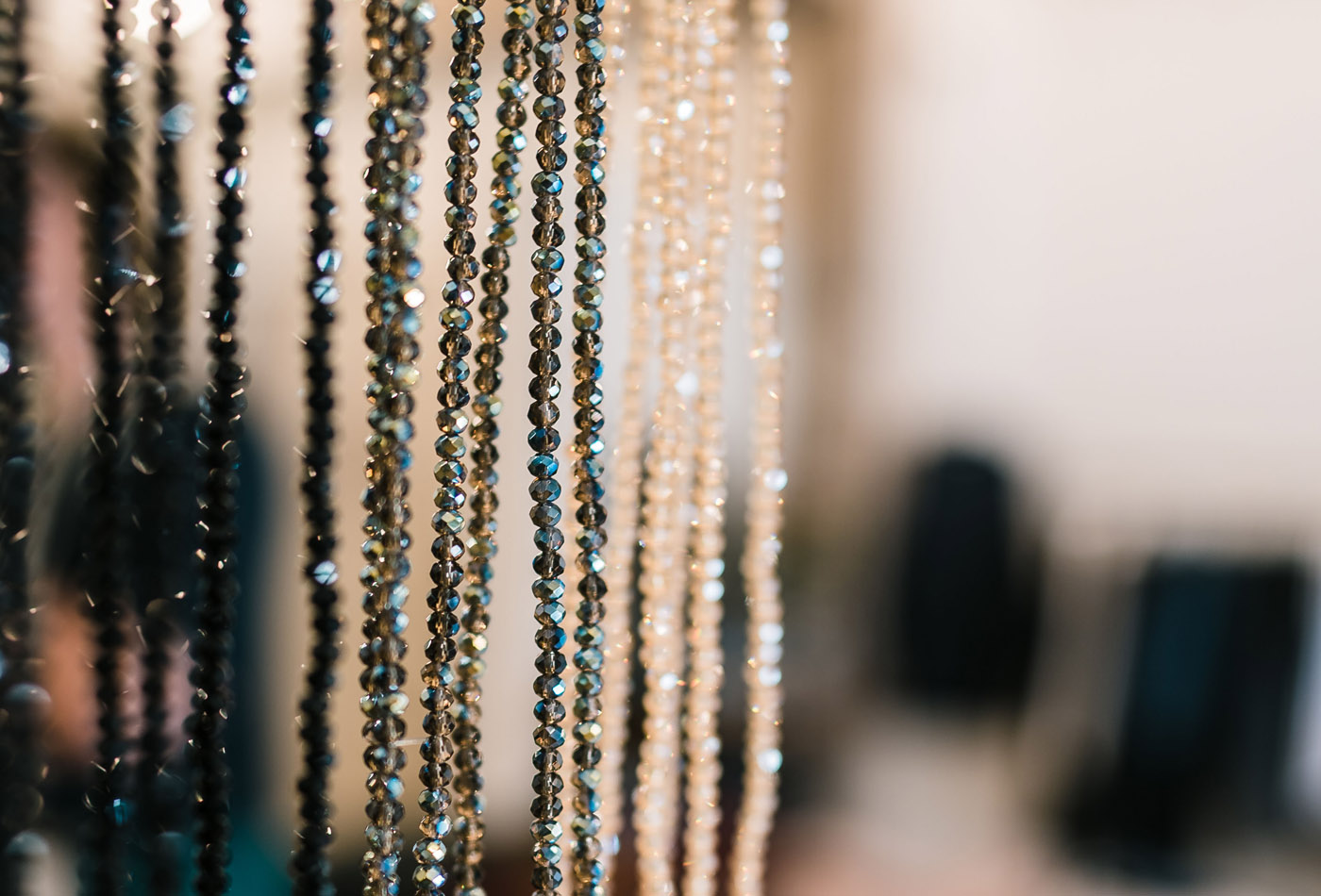 Whilst Christmas shopping is one of the festive season’s most honoured traditions, sometimes finding authentic, original and interesting gifts...