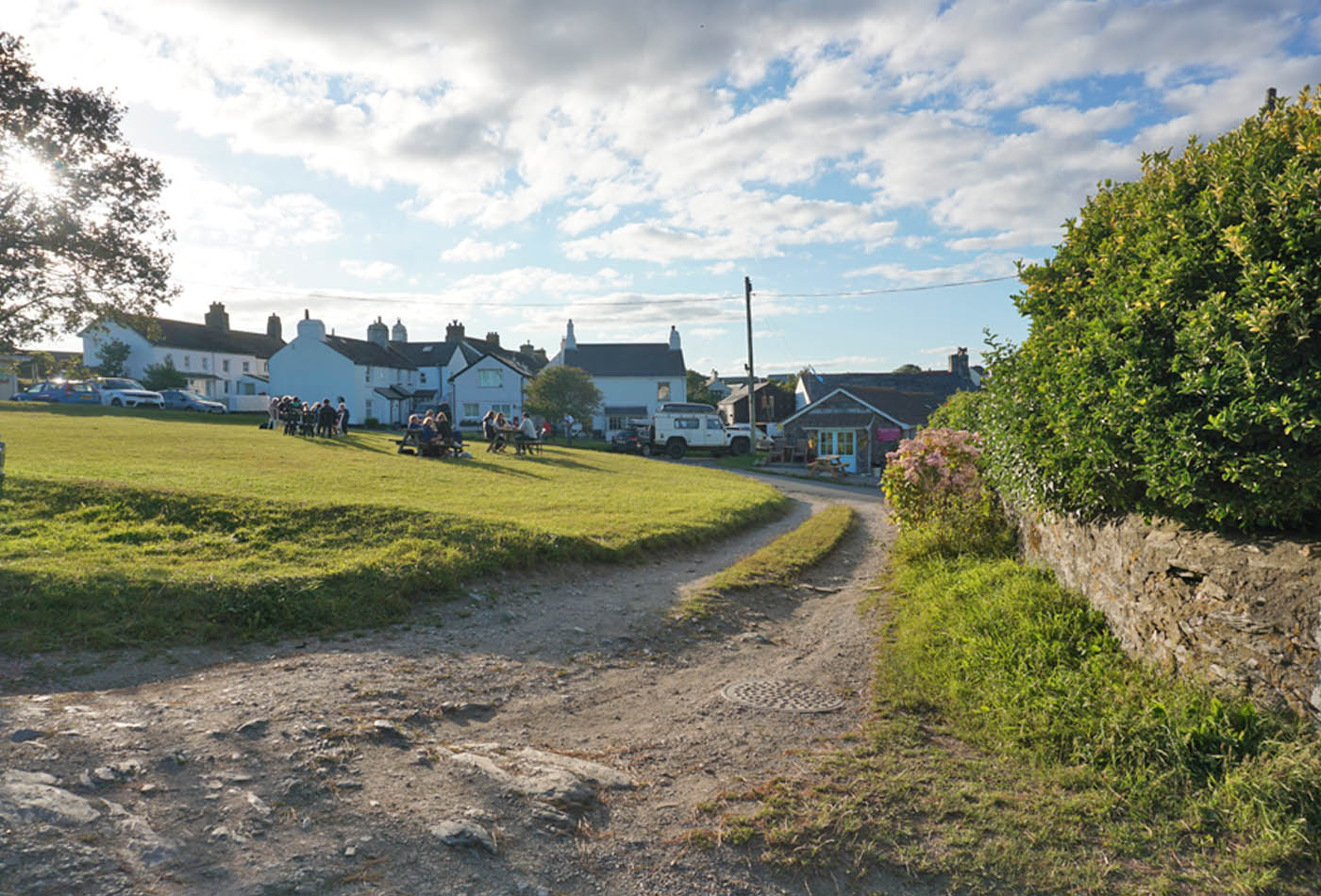 East Prawle is a remote village nestled within Devon’s most southerly outcrop, just half a mile from the South Devon coastline. Wild, rugged and secluded in its beauty, East Prawle is a paradise for those who are in search of a little solitude, a popular bolthole for outdoors enthusiasts, particularly ramblers, who will find a wealth of walks that navigate the South West Coast Path. Affectionately referred to as ‘pig country’, the village is surrounded by working farms, and agriculture remains very much at the heart of the East Prawle community. Whilst the coastline is dramatic, rocky and arduous, the surrounding rolling countryside is home to an abundance of thriving wildlife, making it the perfect environment for explorers of all abilities and ages. A welcoming and friendly atmosphere envelopes the village, so expect to find fresh eggs for sale on the roadside, a charming village green and a lively pub and café. This part of the region is relatively undiscovered, so it’s a great spot to escape the crowds, and even in the height of summer there is a calm and relaxed feel to the village. It comes as no surprise that there is a modest self-satisfaction amongst those who have become privy to its magic, and as such, return time and time again!

Looking for something specific? Use our quick links below, or read on for our comprehensive guide to East Prawle… 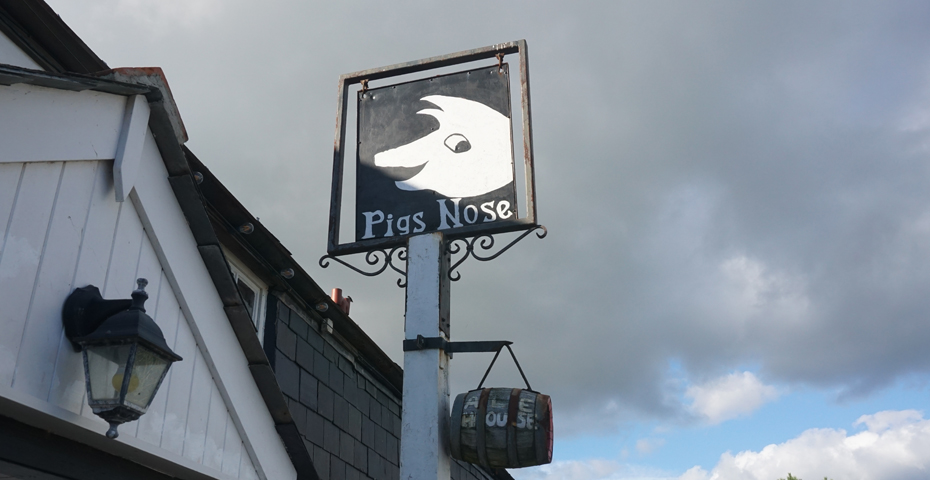 Places to eat and drink in East Prawle

The Pigs Nose Inn is a traditional English pub that is oozing in both character and unique charm, and is proudly the most southerly independent live music venue in the country. Overlooking the village green, The Pigs Nose Inn has an extensive menu of local ales and home cooked food, making it the perfect place to tuck into a hearty feast after a blustery coastal walk, and what’s more, well behaved children and dogs are welcome. When you visit you will find a retro arcade and large pool table, eclectic memorabilia peppered throughout, and an overflowing knitting basket placed beside the open fire – perfect for those who like to keep busy, even whilst enjoying a little downtime. The live music schedule is extensive, with events held in the adjoining venue room – previous acts include those from Stanton Warriors, Lee Scratch Perry and even Paul Young, so it’s always worth booking tickets in advance should you wish to attend something specific. 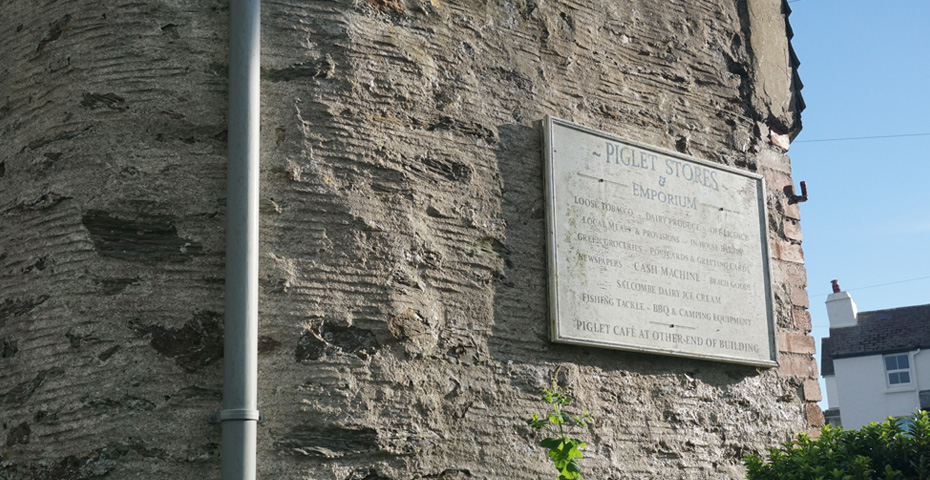 The Piglet Stores and Café is a thriving family run business, also situated overlooking the village green. The cafê, which adjoins the store, is light and airy and serves up to 21 people at maximum capacity. As you would expect, food is made fresh to order and is locally sourced, and consists of hot drinks, delicious pasties and sumptuous breakfasts. The shop itself is well stocked, with a wealth of produce ideal for a picnic takeaway should you need to pick up supplies. Open six days a week, Monday to Saturday (closed Sunday) from 9am – 3pm, it is well worth a visit. 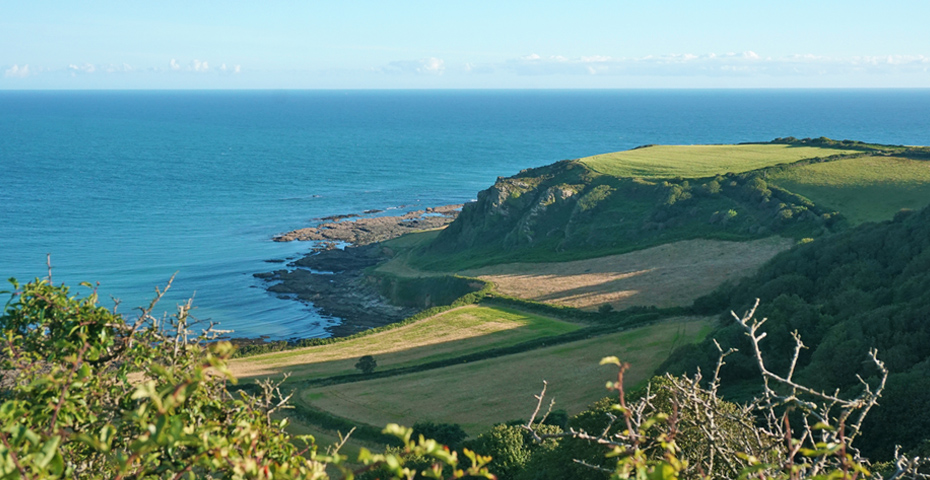 Given its prime location on the South Devon peninsular, it comes as no surprise that East Prawle is a paradise for walker’s, and boasts a wealth of hiking routes that tread both coast and countryside. The landscape is dramatic, with ancient green lanes and coastal paths steeped in history and drama. The walk to Prawle Point is one of the shortest routes leading from the village, and treads three miles of heart thumping cliffs and rocky outcrop. The East Prawle to Start Point and Hallsands circular is a much longer route crossing both coast and countryside, as is the walk to Salcombe via East Portlemouth, both arduous but equally rewarding hikes. Wherever you choose to tread, be warned, this section of coast is extremely hilly and can also be muddy, so wear suitable footwear and bring sufficient snack supplies! 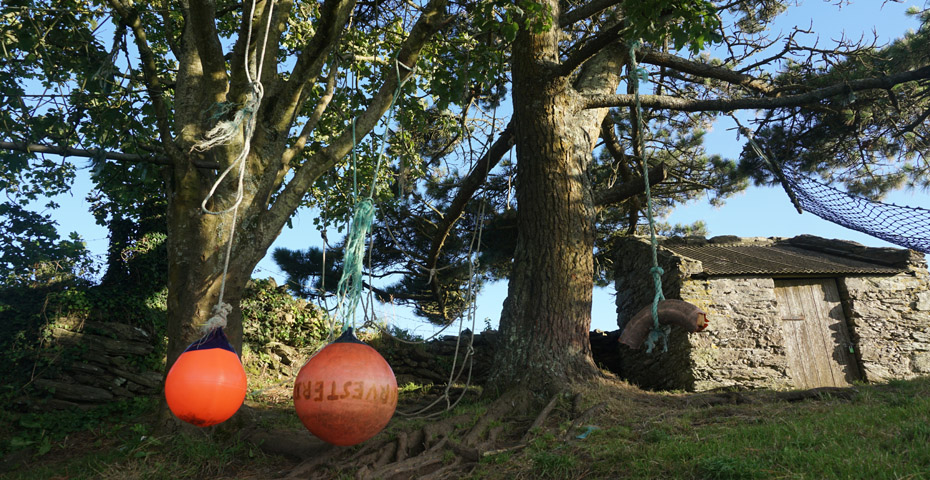 For those eager to explore the surrounding area, this corner of South Devon boasts miles of craggy South West Coast Path and rolling countryside, so you really are spoilt for choice. To help navigate the area, we’ve created a comprehensive walking guide for more inspiration and information on where to find the best walks in South Devon, click here to download our walking guide. 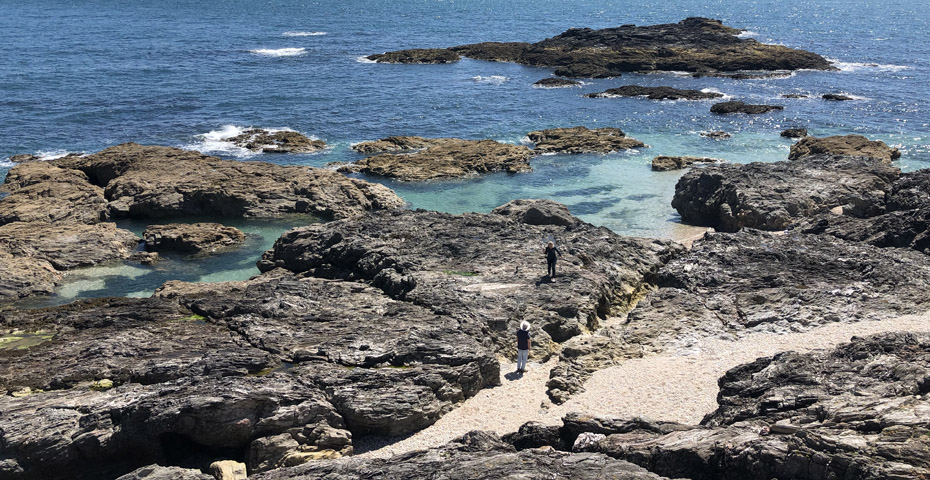 This remote corner of South Devon is famous for its wild and rugged coastline, and so as you can imagine, it’s peppered with secluded coves and secret beaches. Prawle Point Beach is the closest beach to East Prawle village, but be warned, there isn’t a great deal of sand on display and the terrain is rocky and rugged. However, this is counterbalanced by its outstanding natural beauty both in and out of the water – the perfect place to spend a few hours rockpooling, swimming and picnicking.

Lannacombe Beach is a short drive (and even shorter walk!) from Prawle Point and is similarly remote, rugged and atmospheric, yet it’s more of a traditional sandy beach. Other beaches near East Prawle include Mattiscombe Beach, Gara Rock Beach and the sandy shores of East Portlemouth Beach. It’s no easy task deciding which beach to visit when exploring South Devon, so take a look at our South Devon Beach Bible to help pinpoint your perfect spot. If you’re holidaying with a dog, take a read of our dog-friendly beach guide. 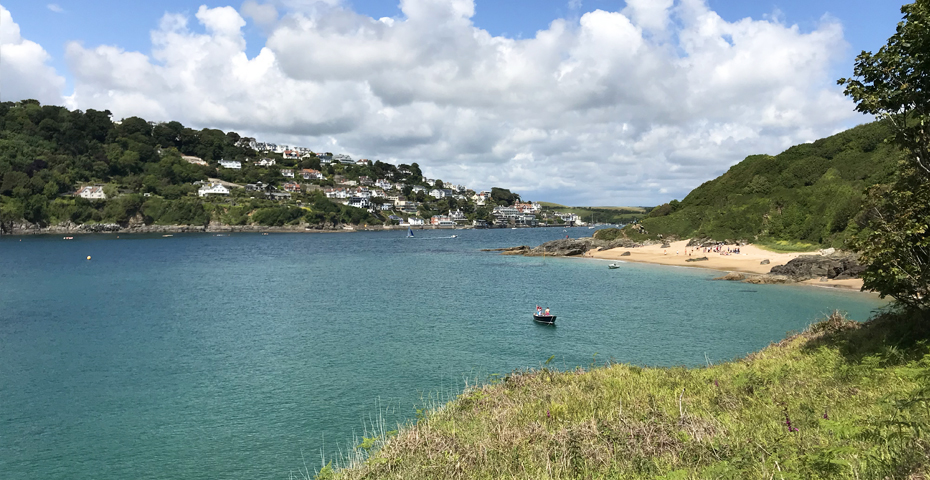 Prawle Fair is undoubtedly one of the most popular events of the year in the village of East Prawle, attracting an array of guests from near and far. For one Sunday only, the village green steps back in time and hosts traditional fair rides including swing boats and coconut shies, sumptuous refreshments (Pimms included!) and various stalls. Family friendly, there is plenty to keep the children occupied, from a rambunctious fancy dress competition to maypole dancing celebrations. There is live music throughout the day, and in the evening The Pigs Nose Inn hosts their famous afterparty which typically runs into the early hours and involves a lot of dancing! The real icing on the cake is that entrance to the fair is free, and car parking costs just £2, making it a fun and affordable family day out. Check the Prawle Fair website for information, or follow them on Facebook for regular updates.

Things to do near East Prawle

Although located in a more secluded area of South Devon, the East Prawle provides a wealth of things to do for those eager to explore. First and foremost, the village is ideally located for walking and enjoys a wealth of routes that tread both coast and countryside. Walking aside, but also situated on the coastal path, be sure to visit the Prawle Point National Coastwatch Visitor Centre and Start Point Lighthouse, both of which are interactive and educational. The nearby villages of East Portlemouth and South Pool are just a short distance away, as is the bustling harbourside town of Salcombe. For even more inspiration on how to spend your time whilst visiting, read our comprehensive guide on Things to do in South Devon. 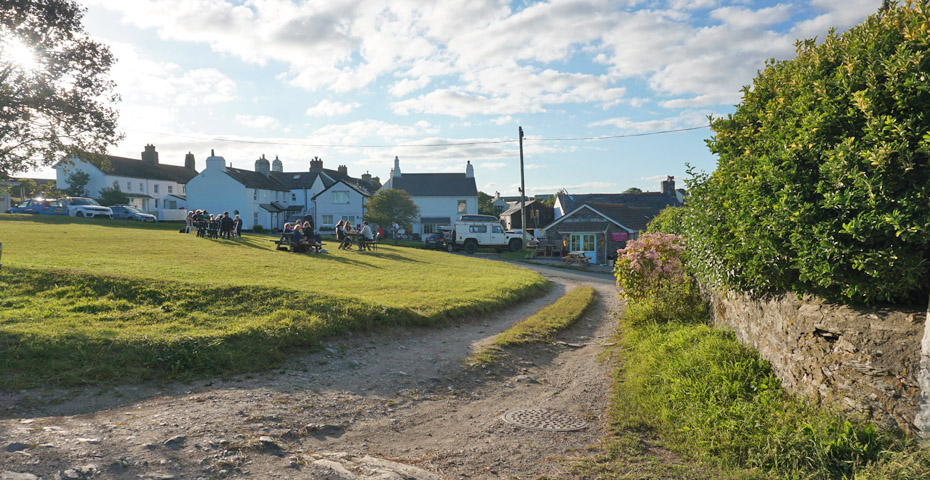 Where is East Prawle?

Situated just half a mile from the South Devon coast, the village of East Prawle resides South East of Salcombe, near the most southerly tip of Devon, Prawle Point. Just a short journey from the villages of East Portlemouth and South Pool, it is the perfect spot if you’re looking for a secluded bolthole that provides easy access to the rest of South Devon. For those travelling to East Prawle by car, the postcode for the central village green is TQ7 2BY. 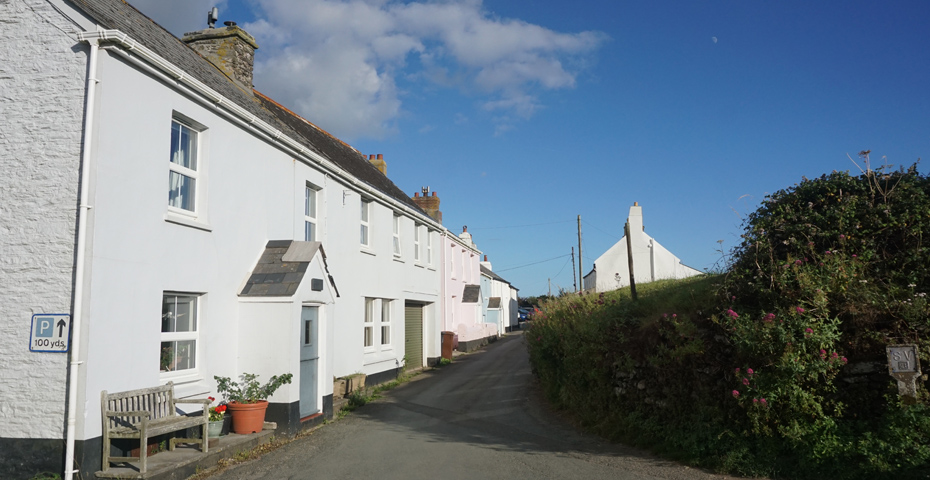 At Coast & Country Cottages we boast a wealth of holiday cottages near East Prawle throughout East Portlemouth, Salcombe and also Start Bay. From a traditional dog friendly cottage in Salcombe to large properties perfect for all the family, as well as romantic boltholes for a special couples break. No matter what the occasion may be, you are sure to find something to suit your party size, taste and budget.

I joined the Coast & Country Cottages family in 2018 as a freelance copywriter, and spend my time producing exciting pieces of... 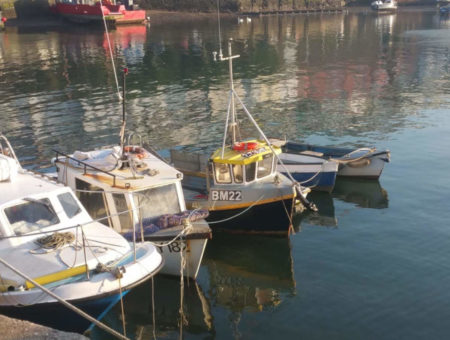 The traditional fishing town of Brixham is tucked away in the green hills of South Devon, along the spectacular... 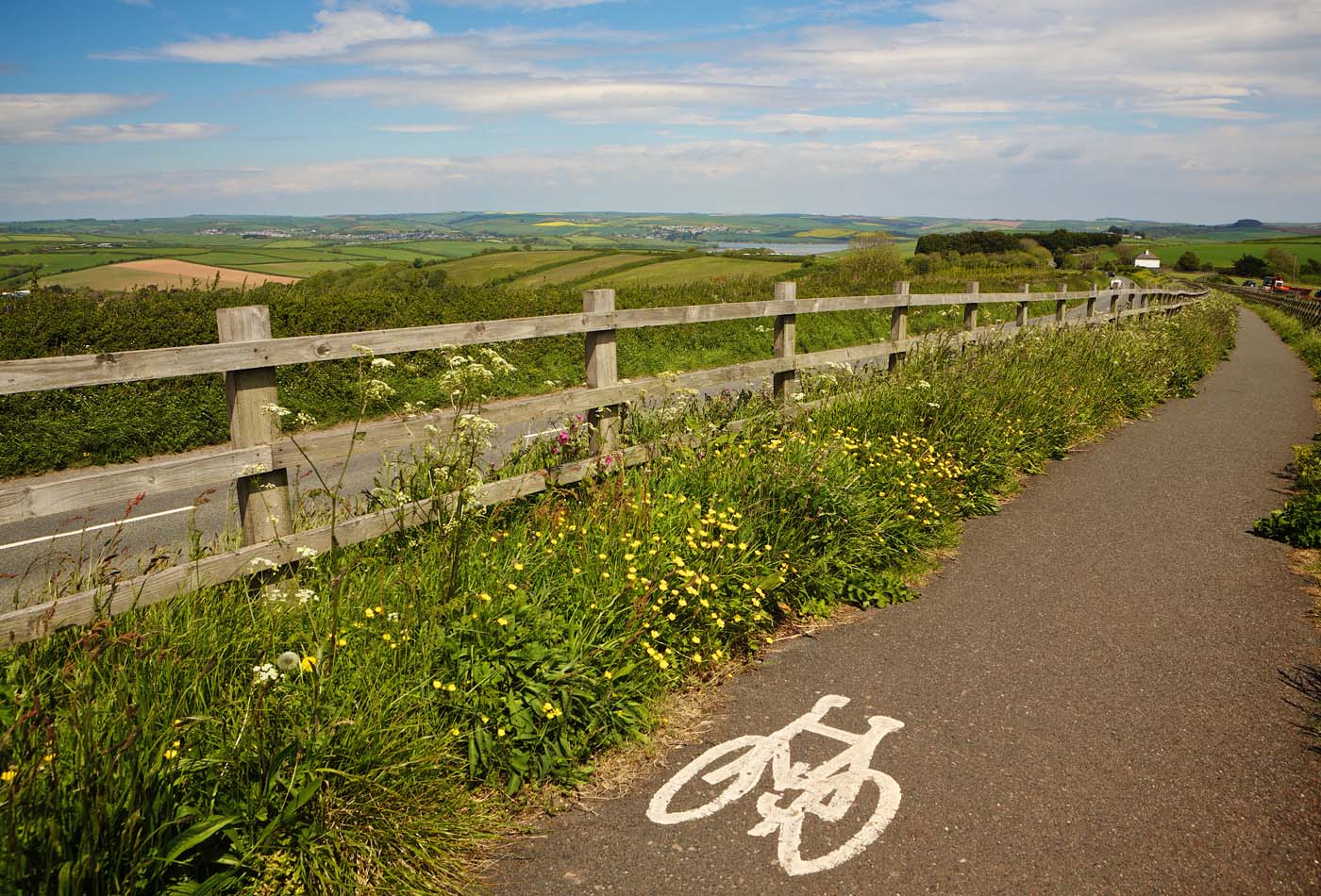 The picturesque South Devon village of Malborough can be found nestled between the towns of Salcombe (2.3 miles) and Kingsbridge (4.5 miles), amongst... 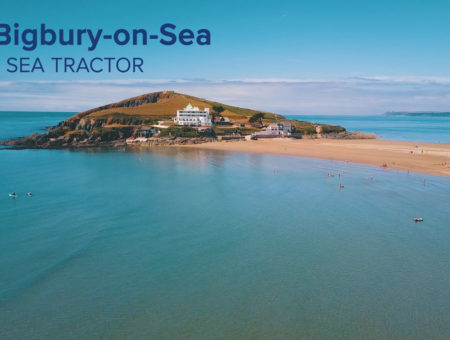 Designed to showcase the wonderful scenery you can expect to find in this Area of Outstanding Natural Beauty, watch...