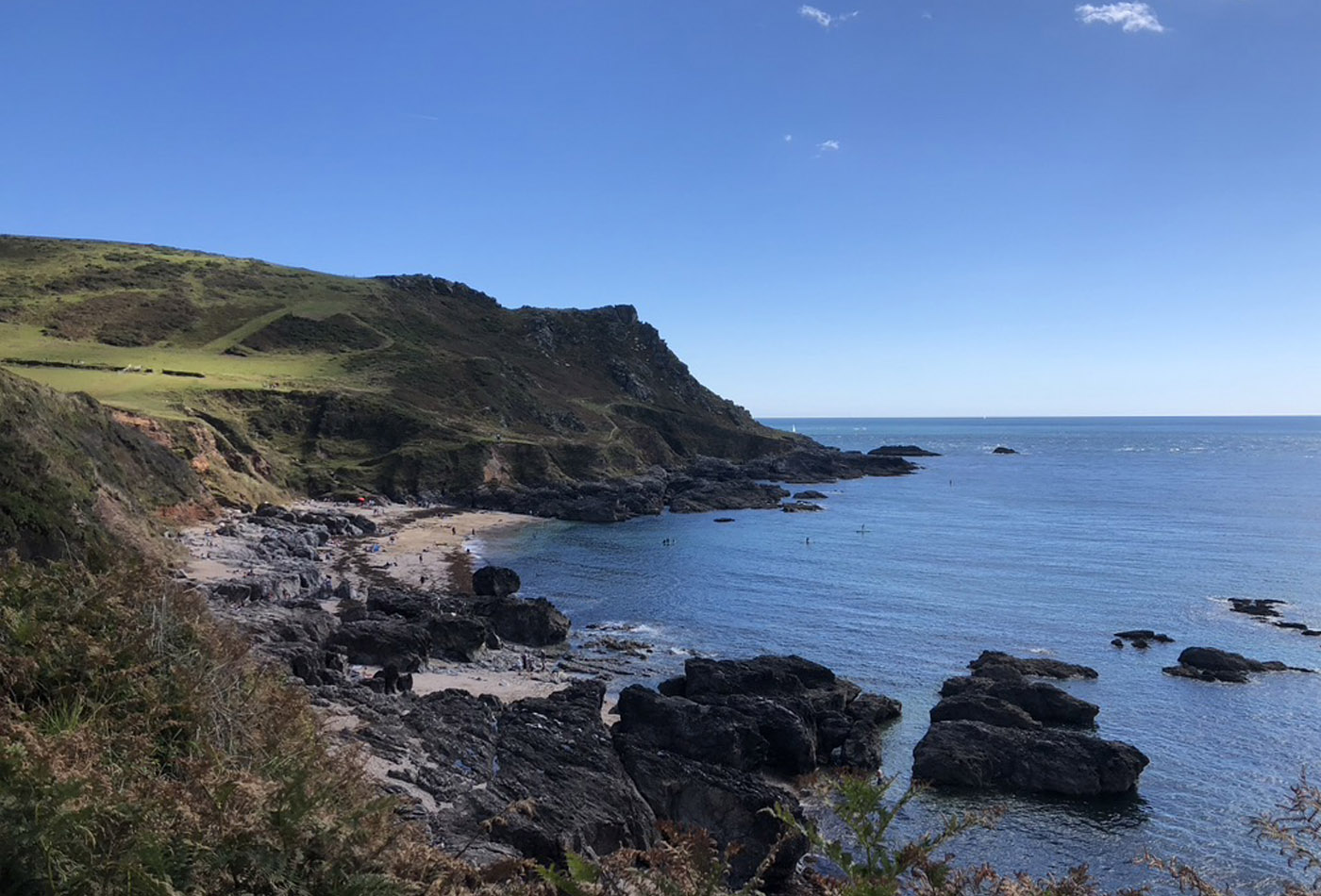 It’s not only the famous golden beaches of Bantham, Bigbury, and Salcombe, and the shingle shores of Start Bay that make the region such a paradise for holidaymakers. There are a myriad of secret Devon beaches peppered along the coastline, perfect for those wanting to escape the crowds. With many coves so remote, you can only access them by foot or boat, a visit to one of our favourite secret Devon beaches can often feel as if you have your own private bay, drenched in rugged beauty and serenity. 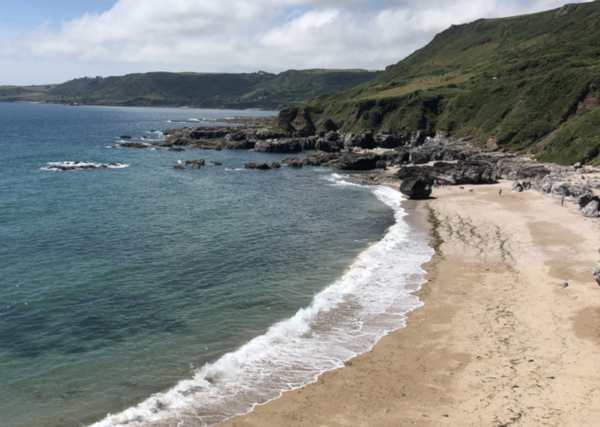 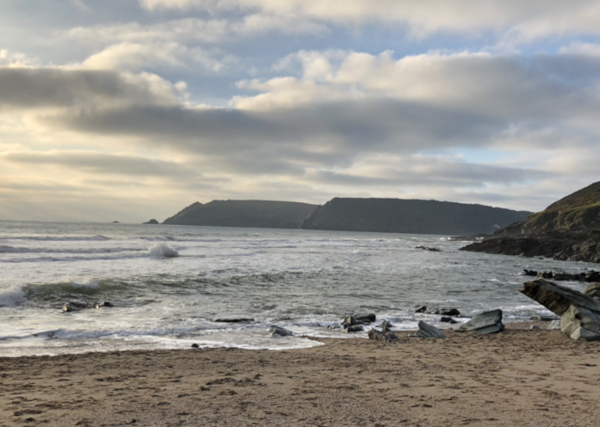 Gara Rock Beach, Seacombe Sands or simply ‘Gara Beach’ as others call it, is a large secluded sandy beach near Salcombe, with rocky edges that are perfect for rock pooling. You’ll find Gara Rock Beach nestled between East Portlemouth and East Prawle. From Mill Bay car park, if you take the more direct walking route through Rickham, it’s a little under a mile walk, and not too arduous – alternatively, you can walk along the South West Coast Path for a slightly longer route. For more information on how to find this secluded beach, read our guide to the walk from East Portlemouth / Mill Bay to Gara Rock Beach. For those feeling a little less adventurous, drive to the Gara Rock car park and take the shorter walk down to the beach. 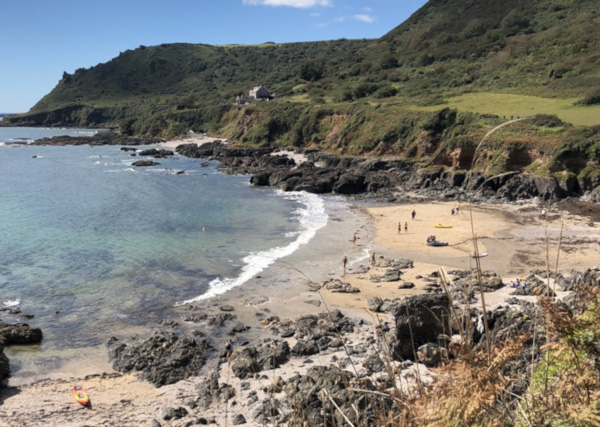 Expect narrow lanes, steep hills and plenty of potholes on your drive to Lannacombe Beach, which is one of South Devon’s best kept secrets when it comes to quiet, secluded beaches. A south-facing sandy cove situated just to the west of Start Point, it’s dog-friendly year round and as such, is a popular spot with those navigating the South West Coast Path. There is a car park right next to the beach, but be warned, there are only 15 spaces, so be sure to arrive early and secure your spot. 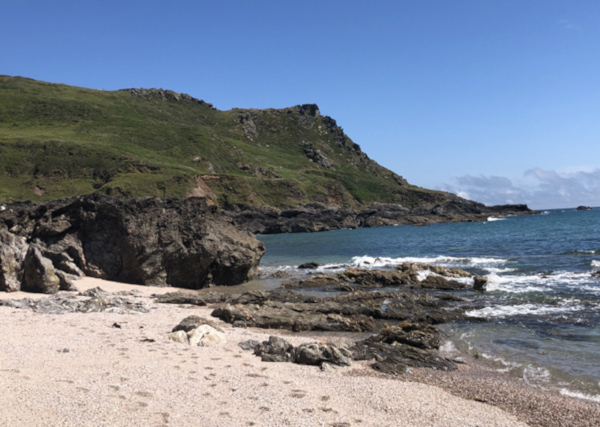 Like Lannacombe Beach, Mattiscombe Sands is a good-sized sandy cove, and also home to an area of rocky outcrops. Situated just a stone’s throw from the South West Coast Path, it’s also south-facing and a short, steep walk down from the Start Point car park. A haven for wildlife, keep your eyes peeled for grey seals, and in the height of summer, you may spot basking sharks! On the beach, there is also a small waterfall and stream, providing the perfect natural playground for explorers. Dog-friendly year round this is one of the regions most popular secret Devon beaches, especially amongst walkers exploring the area with their canine companions. 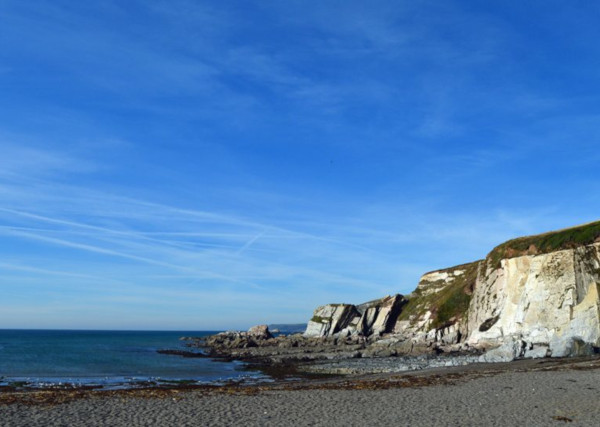 Ayrmer Cove is a secluded sandy beach, accessible by foot most easily from either Challaborough Beach or the nearby village of Ringmore. Hidden between steep, grassy headlands on both sides, Ayrmer Cove is a surprisingly spacious beach, and given its relative inaccessibility, it’s never likely to be crowded. This is the perfect spot for a gentle sea swim, as well as paddling and other typically British seaside activities such as tag and sandcastle building – the perfect secret Devon beach for all the family to enjoy! Finish off a fabulous day at the beach by popping into the 13th Century Journeys End Inn for a drink and bite to eat before heading home. 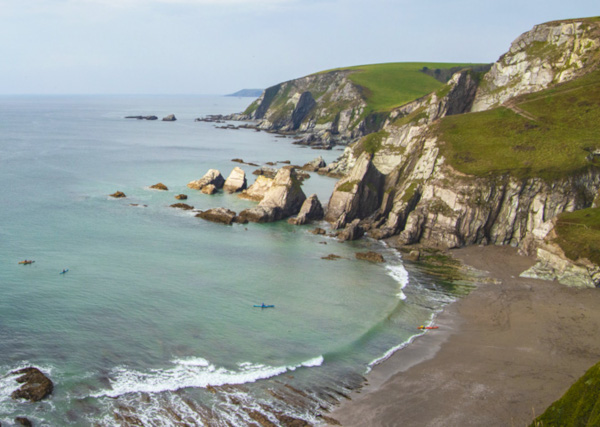 Beyond Ayrmer Cove, winding westwards along the South West Coast Path, tucked between the towering jagged rock formations and sweeping countryside is Westcombe Beach. One of the most secluded Devon beaches you are likely to find, there is no easy way to reach the beach, but it is well worth it for the peace and serenity on offer!

You’ll often find you have the place to yourselves, so make sure to pack a little picnic or a bottle of something special and enjoy the views. Despite its remote geography, you’ll find plenty of things to do when visiting this picturesque hideaway, from wild swimming in the crystal-clear waters to exploring the myriad of rock pools that are bustling with wildlife.

We highly recommend following the main beach which leads through a gap in the rocks to a second, even more secluded, sandy hideaway (just be careful of the tide!) with breathtaking views across Bigbury-on-Sea and Burgh Island – bliss! 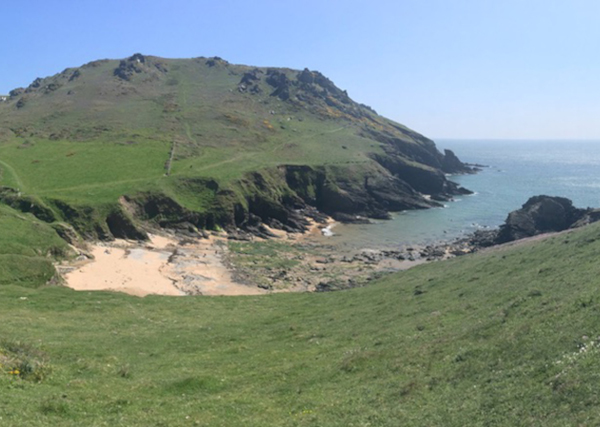 Regarded as one of the most spectacular secret Devon beaches, Soar Mill Cove is a small sandy cove, best visited on a low tide, when you will find plenty of beach, rocks and caves to explore. Only accessible to foot, or boat, the cove is nestled amongst rolling countryside between Salcombe and Hope Cove. The somewhat arduous effort it takes to get there is well worth it, and you are always rewarded with an abundance of wildlife – if you’re lucky you might even spot seals fishing close to shore! With some of the most breathtaking views to marvel at in South Devon, this stunning location is one that finds you wanting to switch off your phone and enjoy the best of nature. 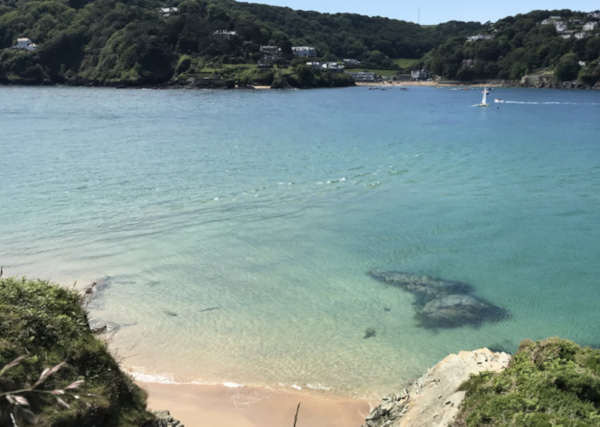 Sunny Cove is accessed either by boat or by a ten minute woodland walk from the car park at Mill Bay. Situated on the East Portlemouth side of the Salcombe Estuary, the beach is beautiful, and enjoys gentle waves, so swimming is a pleasure. It’s a great spot for building sandcastles, enjoying lazy barbecues and catching the last of the sun as it drops behind Bolt Head, making it a popular secret spot with those in the know! 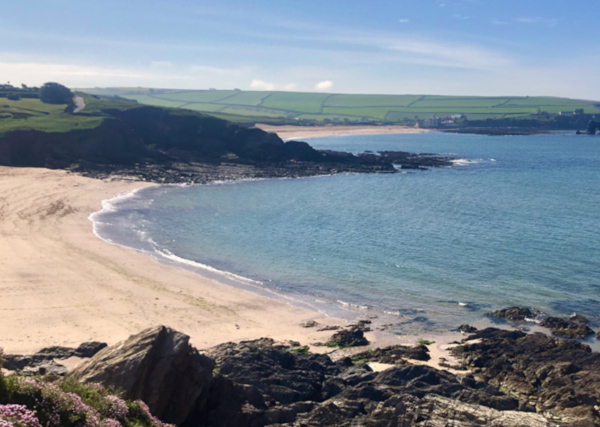 Leas Foot Beach is a small sandy bay found in the village of Thurlestone. Quiet and secluded, the swimming conditions at the beach are renowned for being safe, but do note, there is no lifeguard service so do take care if you intend to take a dip. What’s more, at either end of the beach, the rocks are teeming with wildlife and are popular with those who enjoy snorkelling. 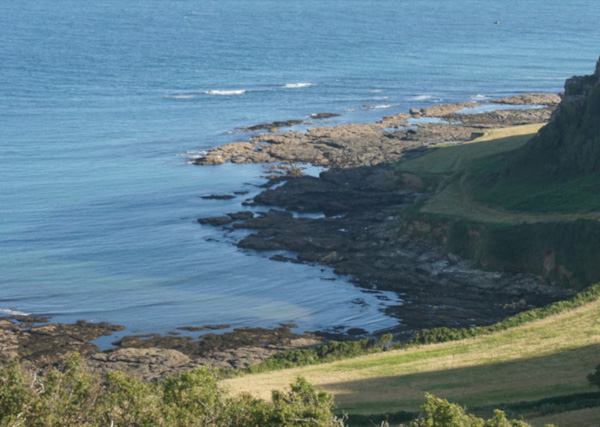 The remote shingle sweep, known locally as Horseley Cove, but otherwise, Prawle Point Beach, is tucked away alongside Lannacombe Beach. This remote and wild stretch of South Devon is found less than a mile away from Prawle Point, and is backed by rolling countryside and woodland. Whilst there is not a great amount of sand to explore, the cove is an ideal spot for rock pooling and snorkelling, and is also popular with those who enjoy beach combing. The mile long path links the cove to the village of East Prawle – it’s steep, so be prepared for a somewhat challenging journey on your return from this stunning and secluded secret Devon beach. But not to worry, the infamous Pigs Nose is conveniently situated opposite the village green for a well deserved drink on the way back from your walk. 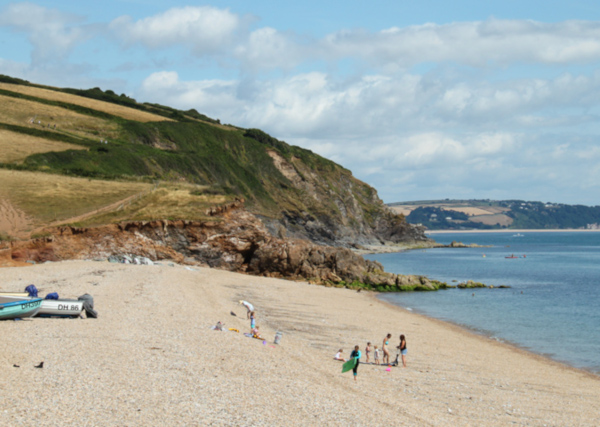 Hallsands beach, (also known as Greenstraight), is the only remaining beach in the village of Hallsands. This small shingle stretch is situated at the north end of Hallsands, making it the perfect spot for those in search of both solitude and space. One of the quieter beaches within Start Bay, it’s also a place of historical interest, excellent walks and boast beautiful views making it a great place to visit for a full day out (providing you come adequately prepared!).

Keen to explore even more of Devon’s beaches? Read our comprehensive South Devon Beach Bible, including links to articles about the best-loved bays and coves in the area, where to find the top Devon seafood restaurants and all the accessible beaches and dog-friendly beaches in the area.

At Coast & Country Cottages, our holiday cottages are ideally situated to explore a wealth of secret Devon beaches. From traditional coastal cottages just a stone’s throw from the beach, to large properties situated on the South West Coast Path, dog-friendly cottages near sparkling shores, wherever you choose to stay, you won’t be far from sandy seclusion! 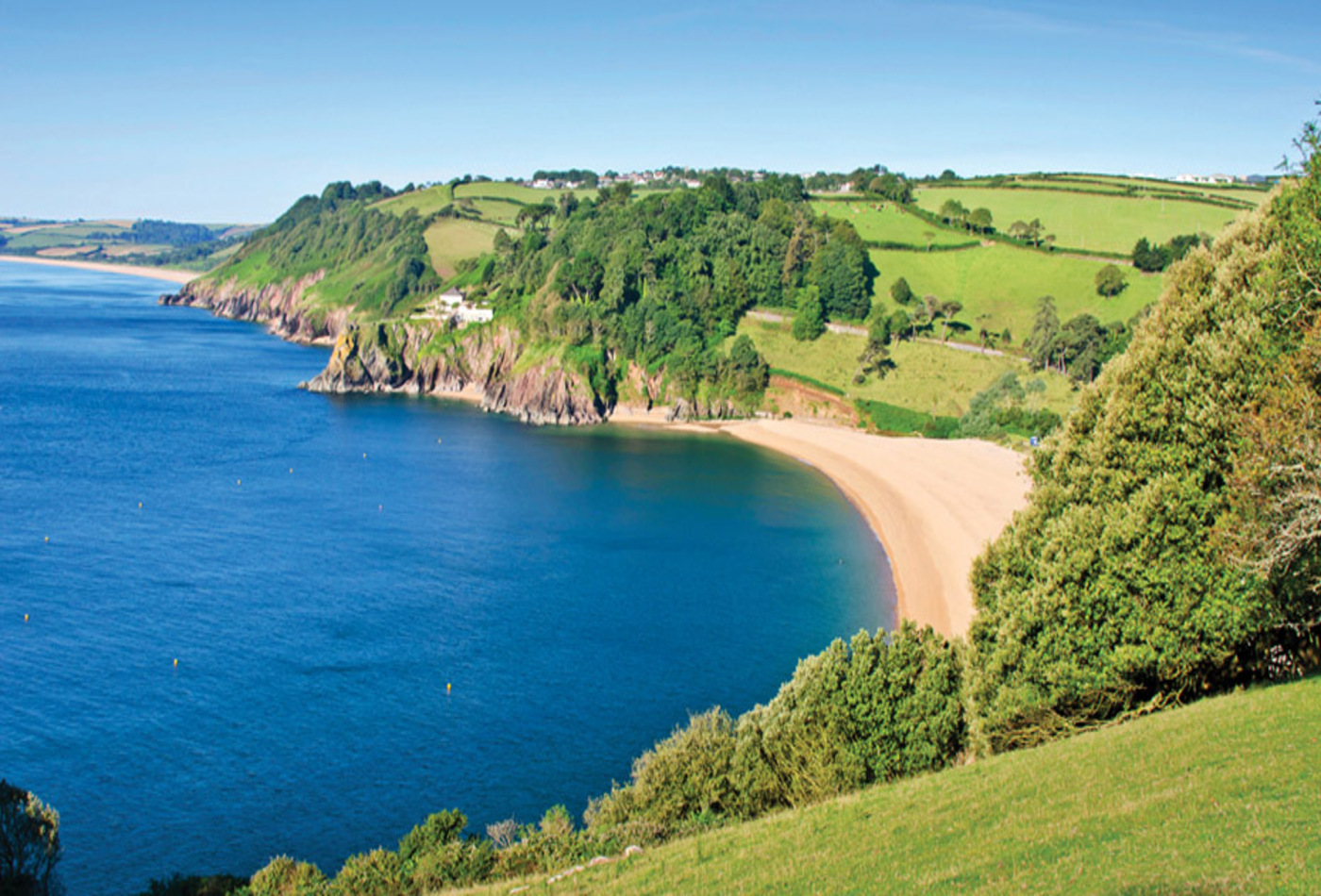 Blackpool Sands in South Devon is a sheltered, golden crescent of fine shingle, situated on the east-facing coast of... 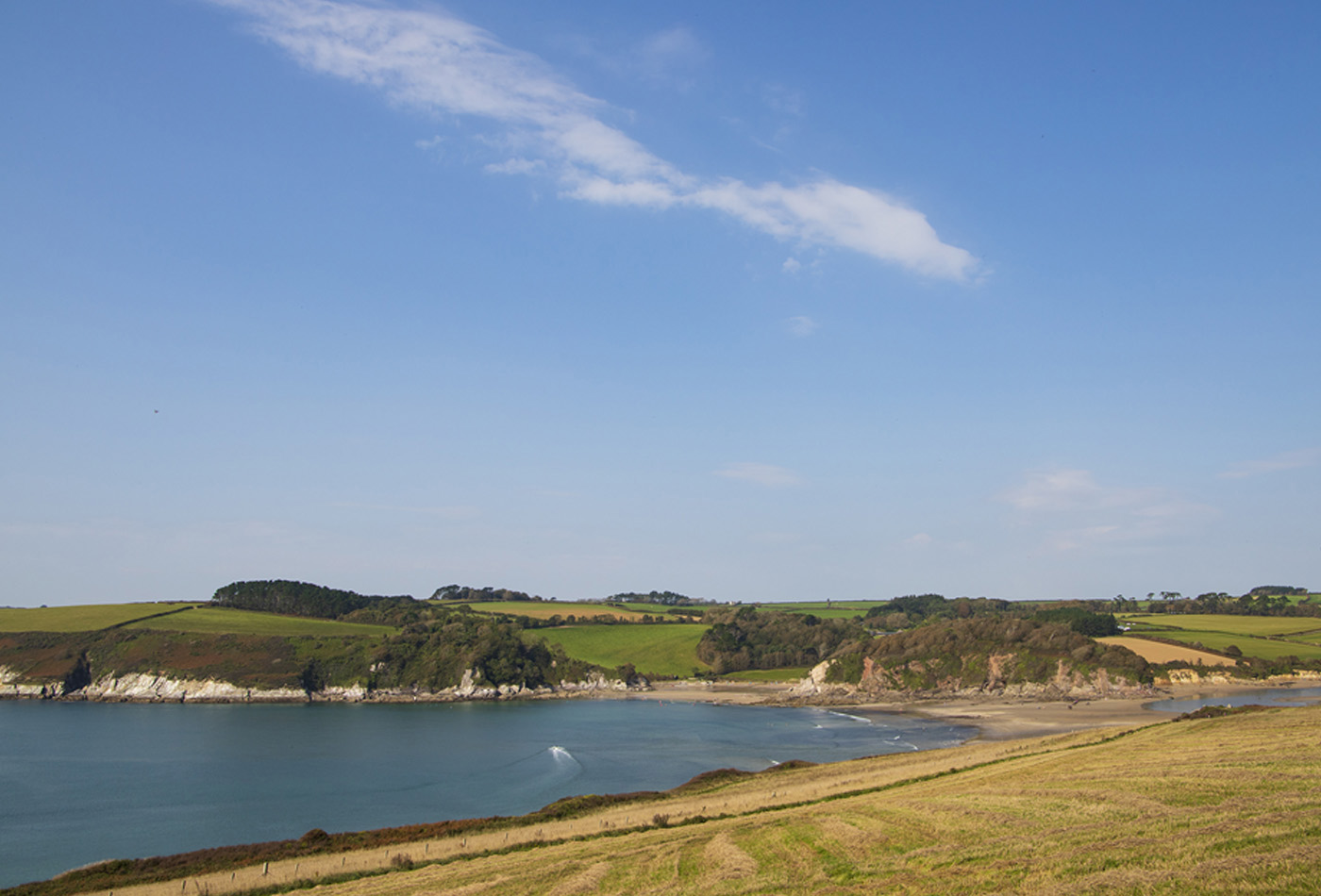 Westcombe Beach is located within an Area of Outstanding Natural Beauty on the west coast of South Devon, and... 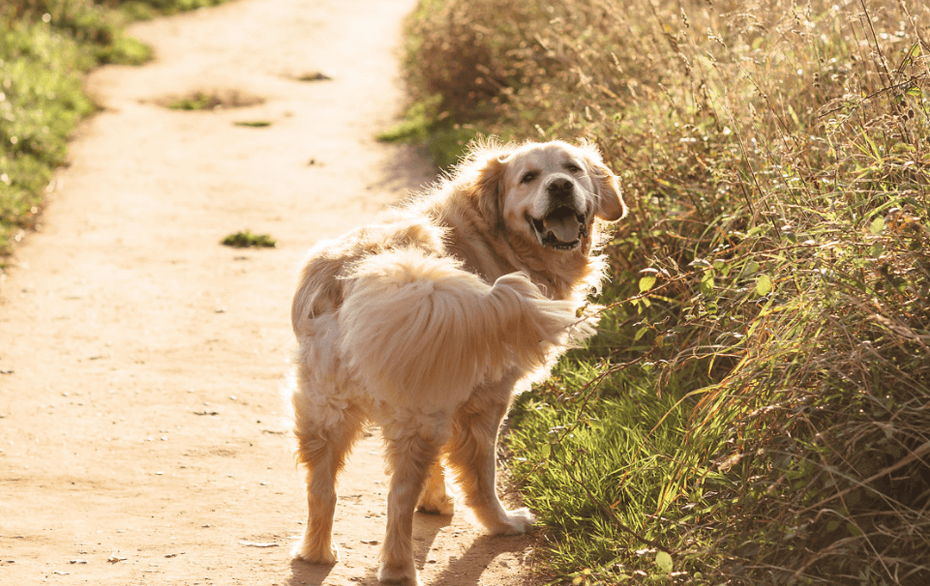 South Devon is home to an impressive variety of dog-friendly beaches, ranging from expansive sandy bays to secluded coves,...