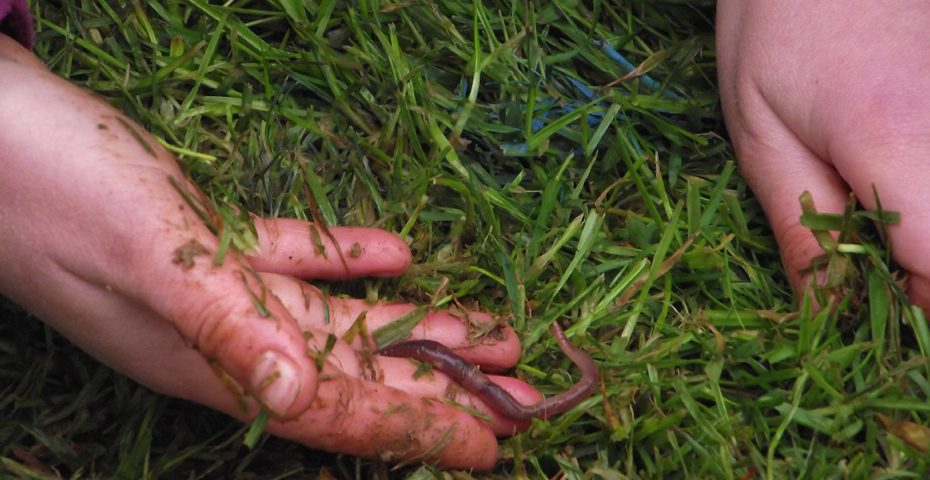 The Blackawton International Festival of Worm Charming: All you need to know!

Worm charming is typically known as a method of attracting earthworms from the ground and is usually undertaken to collect bait for fishing. Less frequently however, it takes the form of a competitive sport, proving popular among those that can’t resist the challenge of teasing a little wriggler out of the ground. If you have vivid childhood memories of digging for worms and fancy some earthy nostalgia, then you’re in luck, because South Devon is home to the International Festival of Worm Charming.

South Devon’s worm charming community will be working hard to draw earthworms to the surface on 9th May 2020, competing in the 36th Blackawton International Festival of Worm Charming. Worms aside, the festival also hosts a dog show, a football tournament, a beer and music festival and much more! 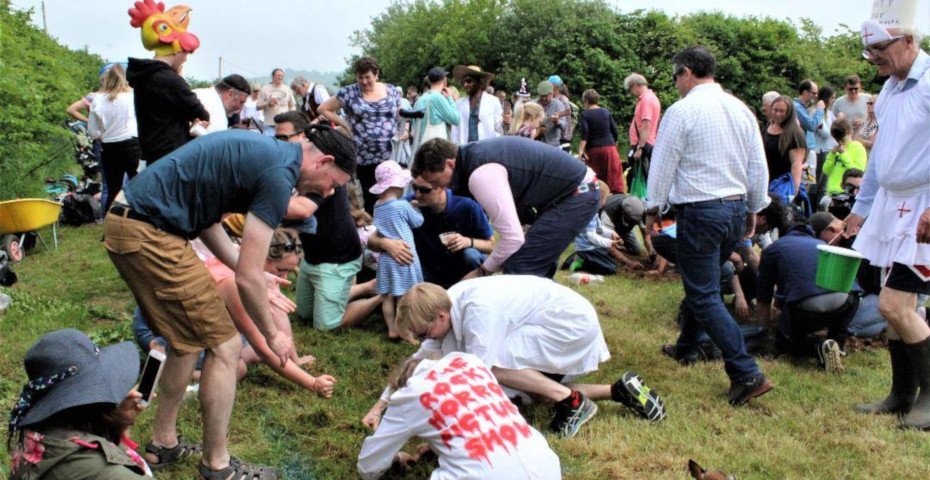 There is a fancy dress theme too…

Regardless of whether you’re entering a team into this year’s event, or spectating, you’re encouraged to celebrate in true worm charming tradition by dressing up in a fun costume. This year, the event takes place the day after the 75th anniversary of VE Day (Victory in Europe), so to commemorate this, the fancy dress theme this year will be VE Day. There will be prizes for the best fancy dress costume, not just for individuals but for dogs too!

View the full programme of events

Voted “Europe’s Most Unmissable Festival”, Blackawton’s worm heritage started back in 1983, when a couple of locals (after one too many craft ales in the local pub!), noticed that worms started coming to the surface after relieving themselves in a nearby field. Upon realising that there may be some mileage in their apparent ability to charm worms out of the ground, the Blackawton Festival of Worm Charming was born.

The 2019 Blackawton Annual Wormcharming Festival was Carbon Neutral, and they offset any CO2 created from hosting the festival, including CO2 from the food eaten, electricity used and miles driven to host the festival. Hosting the event approximately creates 2.5 tons of CO2. Therefore, they planted enough trees to absorb the emissions created.

In addition, at the free car park visitors could make a financial contribution to offset the CO2 from their journey to and from the event if they wished to.

More details about The Blackawton International Festival of Worm Charming 2020 event are yet to be published, however we will keep you posted with more details once they are confirmed.

Have your heart set on becoming the next international worm charming champion? Head to South Devon this May, where you will find a wealth of wild and wonderful events taking place. For a full roundup of events that all the family can enjoy, read our article on special events for the May half term in South Devon

There are plenty of other exciting activities to enjoy in our region, so for further suggestions take a read of our top things to do in South Devon, or take a look at our events blog section.

I’ve had the privilege of living in the beautiful South West since 2010, and in my opinion there’s no better place in the worl...

The phrase ‘step back in time’ is often used to entice holidaymakers to reminisce about a gentler, more peaceful...

The best outdoor activities to enjoy in South Devon this spring

An Area of Outstanding Natural Beauty with a 60 mile stretch of coast path, where beaches, coves and estuaries... 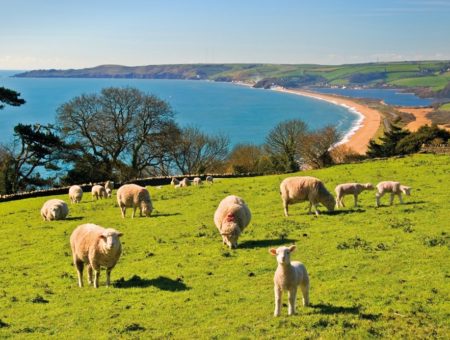 With miles of spectacular coastline, acres of rambling countryside and moorland, ancient woodlands, thriving riverways and a myriad of...